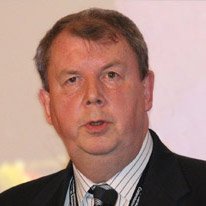 Opinions that were approved at the ICC Banking Commission meeting held in Dubai on 29-30 April.

In this newsletter, we look at the Opinions that were approved at the ICC Banking Commission meeting held in Dubai on 29-30 April.

This query was a follow up to TA775 and the question of whether a charter party bill of lading can be signed by a carrier or the impact if such a document indicates the name of the carrier.

The submitting national committee indicated that there was an increasing frequency of charter party bills of lading being signed by a carrier and offered two new scenarios for consideration.

The presented bill of lading was signed by an agent of a named carrier and the reverse of the document indicated typical (full) terms and conditions of carriage. It was also marked “freight payable as per charter party”.

The contention of the nominated bank was that other than the freight statement, there was nothing to suggest that the bill of lading was subject to a charter party contract. The issuing bank disagreed, arguing that the document was not signed in accordance with sub-article 22 (a) (i). The negotiating bank disagreed stating that the freight statement was not sufficient evidence that a charter party was involved.

The conclusion of the ICC Banking Commission was that the issuing bank was correct to refuse the documents citing ISBP 745 paragraphs G1 and G2 (b).

The presented bill of lading was on a ‘Congenbill’ form and was signed by an agent for the master. The document also indicated the name of the carrier.

The national committee sought the opinion of the Banking Commission as to whether the inclusion of the carrier name created a discrepancy.

See TA.793rev for the full transcript of the opinion.

This query focused on an insurance certificate and the clause “not transferable unless countersigned”. This clause was pre-printed on the document.

A bank had raised a discrepancy stating that the clause should read “only valid unless countersigned by the insured” and that without such a clause the document would be incorrect.

The conclusion stated that there was no discrepancy. The analysis highlighted that such wording is a matter of practice for the insurance industry or the individual insurance company and is not governed by the UCP or ISBP 745.

See TA.794rev for the full transcript of the opinion.

This query was also referring to a previously approved Opinion - TA700 (R741). This Opinion had concerned the deduction of charges by an issuing bank from its reimbursement or settlement under a credit. The initiator of TA795 was looking for a reversal or change to the previous Opinion.

The view of the initiator was that if an issuing bank determines discrepancies, all discrepancies should be quoted in an MT734 or MT752 message, otherwise they are precluded from claiming that the documents are discrepant, and accordingly unable to claim a discrepancy fee.

See TA.795rev for the full transcript of the opinion.

The nominated bank had accepted a bill of lading indicating shipment from Antwerp Port as an indication of shipment from a North European Port. The issuing bank refused the documents stating that Antwerp port is not within the geographical area or range stated in the credit, and that Antwerp (Belgium) is in Western Europe.

The conclusion stated that the applicant and the issuing bank must bear the risk of ambiguity in its instructions and that the document was not discrepant.

See TA.796rev for the full transcript of the opinion.

This query relates to a documentary collection subject to URC 522.

Documents with a value of EUR53,040.00 were sent to a collecting bank with instructions to release them against payment. By an MT799 message, the remitting bank subsequently authorised the release of the documents against payment of EUR45,084.00 only.

In error, the collecting bank remitted EUR53,040.00 to the remitting bank and these funds were credited to the account of the drawer.

The collecting bank has been demanding repayment of EUR7,956.00 from the remitting bank without success. It would seem that the drawer and drawee have decided to offset the amount against other orders.

The collecting bank requested the Banking Commission’s agreement that the remitting bank was obliged to refund the difference.

The conclusion of the Banking Commission was that as settlement had been made, albeit erroneously, this was a matter outside the scope of URC 522 and may need to be settled according to the applicable law.

See TA.797rev for the full transcript of the opinion.

This query has been held over pending further discussions with the ICC Banking Commission Executive Committee.

A credit required, among other documents, the presentation of a bank guarantee from an international first class bank payable in country X in an amount equivalent to EUR xxxx and with a stated validity.

The presented guarantee was issued by a bank in country Y and was stated to be subject to the laws of country Y. The applicant of the letter of credit was shown as the beneficiary of the guarantee. The amount and expiry date were compliant. There was no mention of the guarantee being payable in country X.

The confirming bank accepted the guarantee, but the issuing bank refused it due to the absence of an indication that it was payable in country X.

Various questions were asked concerning the guarantee including whether it needed to expressly indicate that it was payable in country X.

The conclusion of the Banking Commission was that the refusal was correct, given the absence of any indication that the guarantee was payable in country X.

See TA.799rev for the full transcript of the opinion.

See TA.800rev for the full transcript of the opinion.

This query related to another URC 522 transaction.

This time, a number of sets of documents were sent from a remitting bank to a collecting bank during the period September to November 2013. Each collection instruction indicated the documents that were enclosed (including 3 original and 3 copies of bills of lading), that the collection was subject to URC 522, and that the documents were to be released against payment.

No response was received from the collecting bank, but investigations indicated that the goods had been released to the drawee against presentation to the carrier of an original bill of lading.

Following further SWIFT messages and telephone calls from the remitting bank, the collecting bank indicated that all the documents were still lying with them at their counters.

The Banking Commission indicated that the collecting bank was in breach of URC 522 sub-article 12 (a) and was precluded from stating that one original bill of lading was missing from each collection instruction. If the bank is unable to return the documents as stated on the collection instruction, it must pay the collection. However, the conclusion also added “URC does not impose any payment obligation on banks, remedy would be outside URC”.

See TA.801rev for the full transcript of the opinion.

This query related to a standby letter of credit and a refusal thereunder stating “original standby LC not presented”. This was despite no such requirement appearing in the standby. The initiator also asked whether the issuer was able to raise additional discrepancies at a later stage.

The conclusion stated that the discrepancy was not valid and that a bank has only one opportunity at issuing a refusal notice for each presentation.

See TA.802rev for the full transcript of the opinion.

These queries are being held pending further discussions with the respective ICC national committee.

See TA.805rev for the full transcript of the opinion.